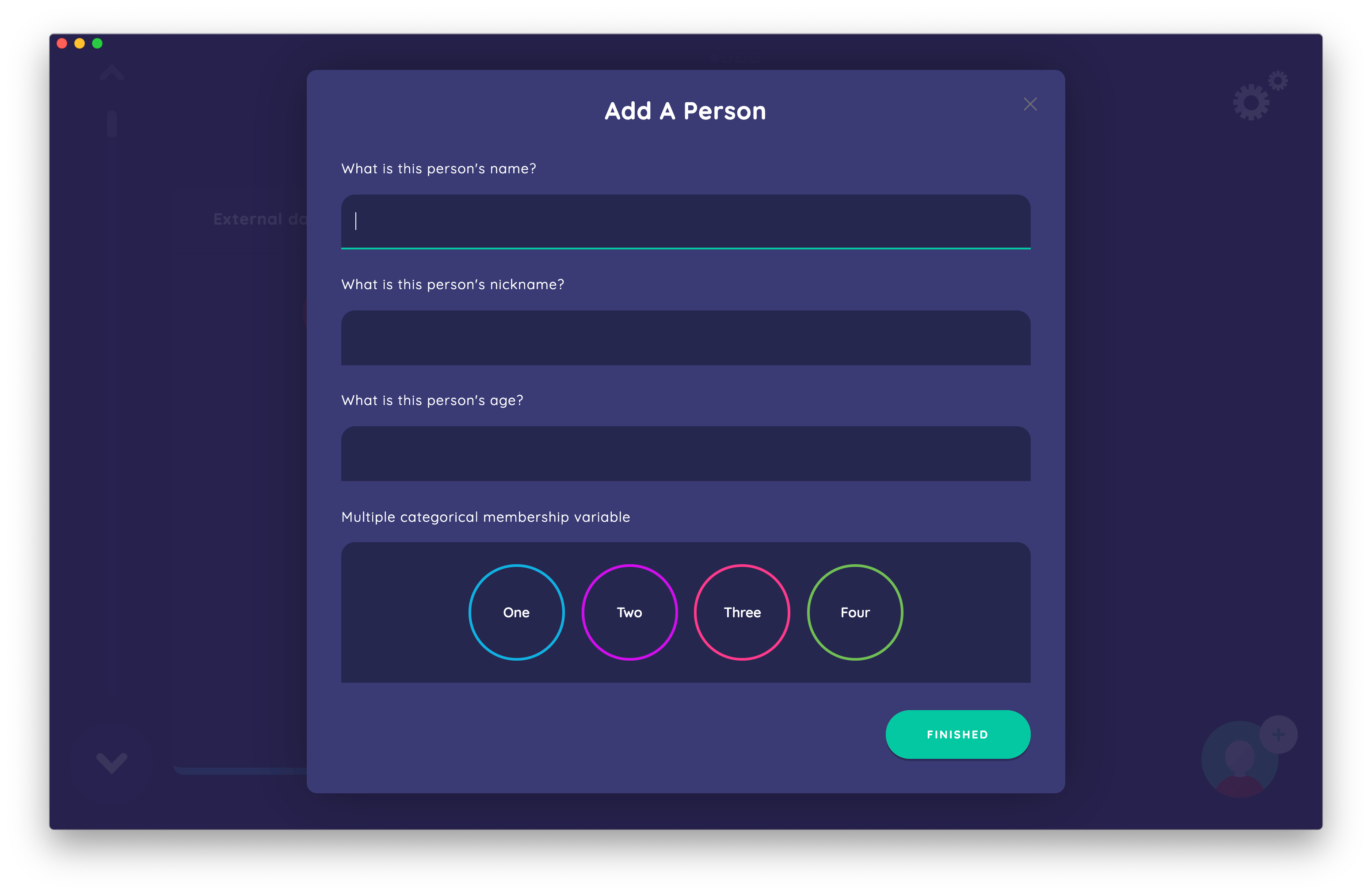 Nodes of a single type

Name Generators are one of the fundamental components of a network interview. They allow your participant to create alters, thereby describing one of the two main entities in your study’s networks.

There are four name generator Interfaces in Network Canvas that can be added to your study, all of which can be configured within Architect.

Each of these Interfaces is designed for a specific type of alter elicitation, with several associated advantages and disadvantages. Although they have some configuration options that are shared with all other Network Canvas Interfaces, this article will focus on options specific to the main name generator interface, and a variant of it that uses a ‘quick add’ mode. 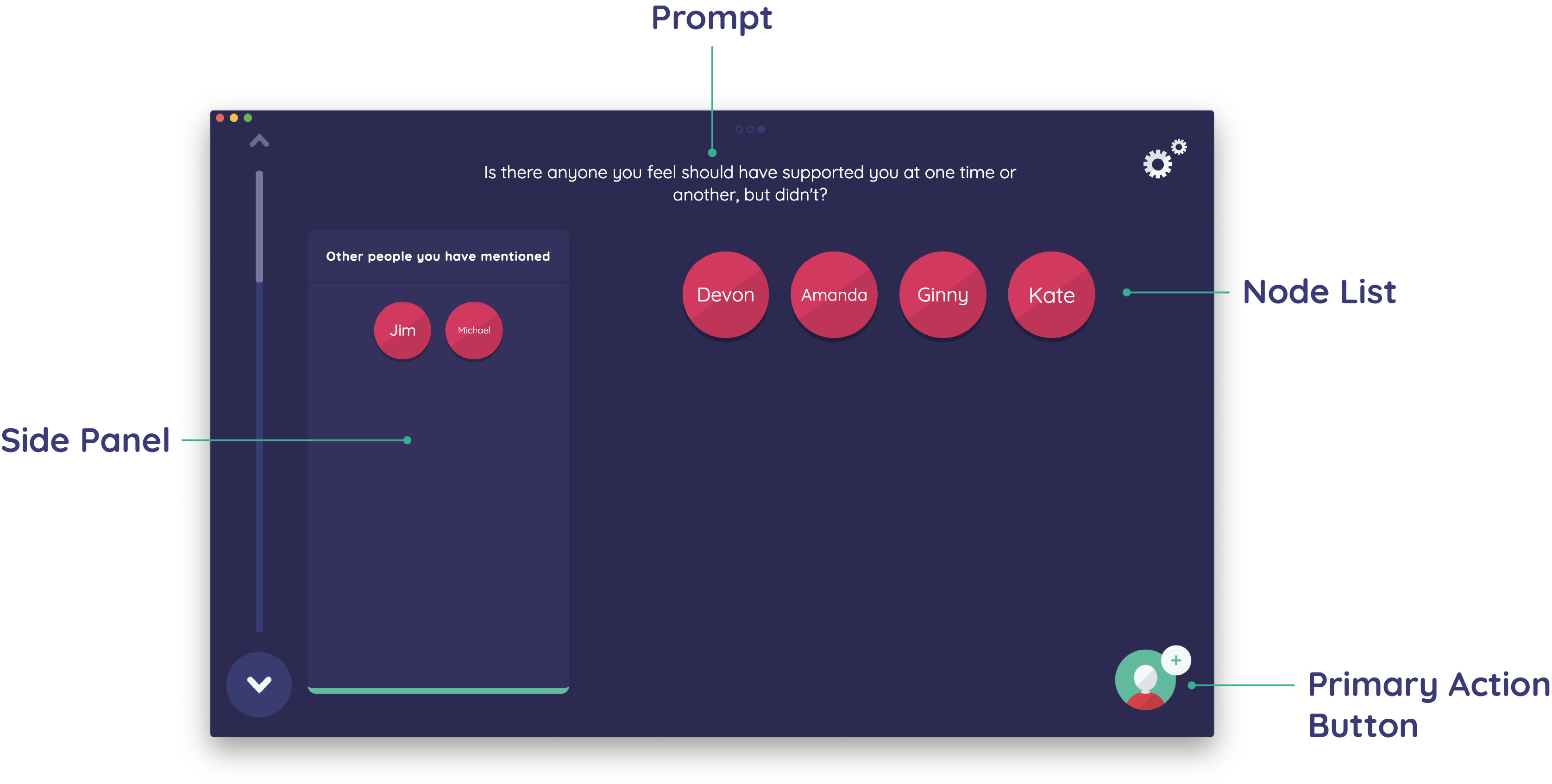 The prompt area, where the task is explained to the participant (see: prompts), a node list area where alters that have been elicited are displayed, a primary action button that triggers the node elicitation process, and (optionally) one or more Side Panels.

Beyond this, you have a choice about how precisely alters should be created - either using a full featured form, or using a simple “quick add” method.

Both of these name generators can use Side Panels. Side panels are a powerful feature that allows you to use network data from either the in-progress interview or from a network data file uploaded to your Architect resource library to assist with name generation activities.

For example, when multiple prompts within a name generator have potential overlap in a participant’s social network, it may be useful to bring nodes previously nominated onto a subsequent screen so that a participant can easily list them again.

A side panel can also be created using a network data file (e.g. a roster) to allow a participant to select and nominate alters from a predetermined list. It is important to note that the exact same list will appear on subsequent side panels within the name generator unless a rule(s) is created to filter the data to be shown on the panel (see network filtering).

Side panels can be expanded or contracted in the interview by clicking on the heading.

When using the “Name Generator (using forms)” Interface, the primary action button will trigger a form that participants must complete to create an alter. This form can include one or more fields to capture specific attribute data on each node (see our key concepts article on forms for further information on creating a form). This interface therefore combines the process of generating alters with the ability to do some basic attribute collection, or name interpreting, tasks.